Setup Own Asterisk VoIP Server with Android, iOS and and Win Apps

VoIP or Voice over Internet Protocol is a technology that allows you to make phone calls across devices without using the normal analogue phone connection. So your calls will be placed across the internet and the normal phone lines are not required.

VoIP allows you to make calls from a computer, a mobile phone which is connected to the internet, or a normal phone which is connected to a specific adapter called the 'VoIP Adapter'. The major benefit is that since this call is placed over the internet, you don't need a separate line or a dedicated line in-order to make the call. Just an internet connection is more than enough to make a call.

If you are a business owner trying to get down the cost of communication at your office, or you are trying to set up a vast call based call centre operation or you are a technology enthusiast who wants to host your VoIP server and provide this service to your client users, then this is the course exactly for you.

And in the next session, we will be setting up own ubuntu-based VPS server in an Amazon (AWS) ec2 instance. I am preferring Amazon because they have a very flexible plan and they have an option called 'Free Tier', which we can use free for one year with a very minimal cost if you are keeping your usage in an optimal state.

And after setting up the VPS server, we will install Asterisk, which is a very popular open-source VoIP server software available, and we will be installing it into our VPS server and we will also configure the ports, the specific number of ports that are required for the client devices to communicate with other client devices through the server.

And in the next session, which is an important session, in which we will be configuring the dial plan and the extensions that we are going to use with our server. We will also make configuration to accept audio calls as well as video calls through our VoIP server.

For our VoIP client applications, we will be using an application called Linphone. It is also a completely open-source application and the advantage is that it is available for all the platforms. For Windows, Linux, Mac, Android and iOS device and the source code is completely open. You can download it and customize it as per your needs.

And in the next session, we will be configuring a windows based softphone, which is our linphone. We will be installing it in our windows and we will configure the option so that it can register with the server and make video and audio calls in between devices.

And later, we will configure it for Android. The same configurations. We will be installing it from the play store in an android device and we will make the configuration so that video and audio calls can be placed.

And after that, we will have it for iPhone We will directly download it from the iPhone App Store and we will be installing it into our iPhone and then we will try to make calls from iPhone to other devices and we will be testing the video calls as well as audio calls across the devices.

Learning and becoming an expert in VoIP technology is a very rewarding career because VoIP technology is very extensive so far and there is some time in future where we will discard all those analogue telephone lines and we will rely completely on VoIP based IP telephones. Because we need only a single internet channel, rather than having multiple channels.

So the world is evolving into that kind of technology and VoIP experts are very much required in the market. And by the end of this course, we will be providing with you an experience certificate (Course Completion Certificate), which you will have great benefits if you are trying for a VoIP based career.

We at SkillRary strive to provide simple yet powerful training or tuition on all domains. This organization has started with a mindset to share the knowledge that the internet or an individual has in a progressive manner. SkillRary is an online training programme, trying to get the best content for all on a very low cost and thereby helping everyone with a digital schooling and online education.

SkillRary provides computer based training (CBT), distance learning or e-learning, that takes place completely on the internet. The courses involve a variety of multimedia elements, including graphics, audio, video, and web-links which can be accessed to the enrolled clients.

In addition to presenting course materials and content, SkillRary gives the students the opportunity for live interactions and real-time feedback in the form of quizzes and tests. Interactions between the instructor and students are also conducted via chat, e-mail or other web-based communication. Unlike any other, we here also let the students know which module has to be gone through first. All the modules are placed according to the lesson plans so that students will know what to refer first.

SkillRary is self-paced and customizable to suit an individual's specific learning needs. Therefore it can be conducted at any time and place, provided there is a computer or smartphone with high-speed internet access. This makes it very convenient to the users who can modify their training to fit into their day-to-day schedule. All our users will be able to use our eLearning system to its full capacity. 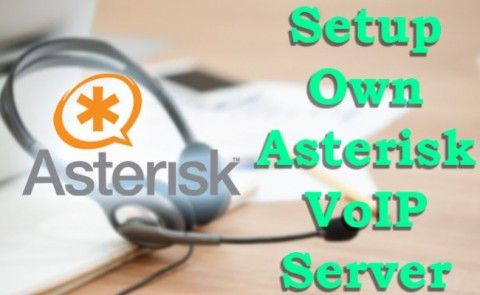