Learn OWASP TOP 10 Vulnerability Categories and the Defenses and Fixes for them. Covering all the popular hacking types

Internet is all around us. We have been using the facilities of the internet for a long while and as the internet came in, the cyber-security threat also started to appear. You can hear stories of cyber-attacks day by day in newspapers and media.

As the facilities, the easiness and the comfort of using internet-based applications, even if its a web application or a mobile application which is using a cloud-based API, the chances of getting a cyber attack has also been increased. It has been increased to such a level that we cannot even predict what happens the next day, because hackers are always alert and vigilant and they are looking for a loophole to get into an application and steal your information.

Please make sure you are using these techniques only for Penetration Testing as well as Ethical Hacking and please do not use it for any other illegal purpose or any other un-ethical kind of things.

Cyber-security and Penetration Testing is a very lucrative career. This course is indented for Cyber Security Beginners, with an overview of basic web coding, interested to come into the cybersecurity world, and also, existing Testers, who are willing to go into the Penetration Testing. People who are interested in Ethical Hacking can also do this course. 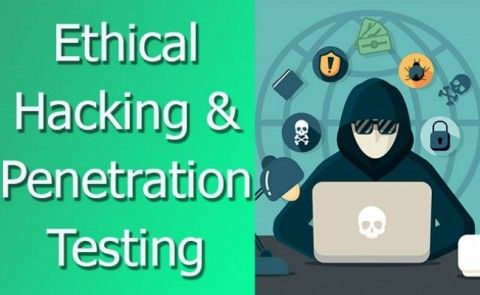